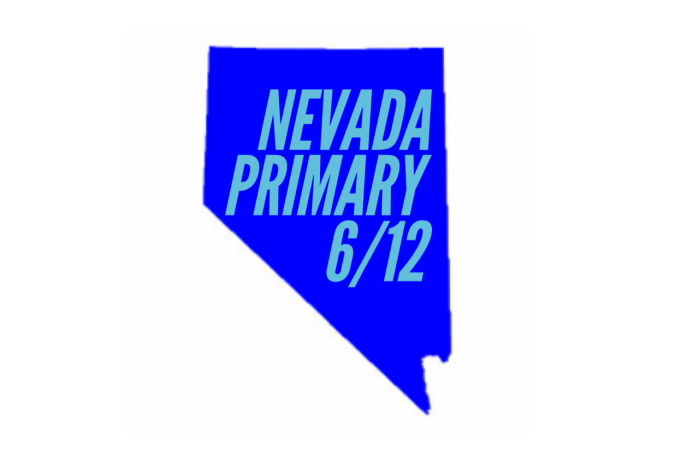 Nevada has its statewide primary election on Tuesday, June 12. Here you’ll find resources for voters, a quick overview of politics in the state, plus a few key races with the names and websites for Democratic candidates. Use this information to make your own voting plan and/or share with friends in the state!

GOVERNOR
The sitting governor, Brian Sandoval (R), is prevented by term limits from seeking re-election. Both Cook Political Report and Sabato’s Crystal Ball consider this race a Toss-Up. The Democrats have a large field of candidates running in the primary; Giunchigliani and Sisolak have been the clear front-runners. The Democratic candidates are:

U.S. SENATE
Dean Heller (R) is the current incumbent, and he is running for re-election. However, this race is considered by most ratings outlets to be a Toss-Up. Jackie Rosen is considered the front-runner. The Democrats have an excellent chance of flipping this Senate seat.

U.S. HOUSE OF REPRESENTATIVES, DISTRICT 3 & 4
Cook Political Report has Districts 3 and 4 rated competitive, and are important seats for the Democrats to hold on to. There are a large number of Democratic candidates running in both races. This terrific Nevada primary voter’s guide lists all of the candidates for each of the races, and when you click on their names, you can watch a 1 minute video, see their positions and basic info, plus their endorsements.

STATE ATTORNEY GENERAL
This race is considered a Toss-Up by Governing. The current Attorney General (R) is leaving the position to run for governor, giving the Democrats a great chance at flipping this important position. The Democratic candidates are:

STATE SENATE
11 of the 21 seats in the Senate are up for re-election this year. Democrats currently have control of the Senate but only by a slim margin. A list of the districts with re-elections and the candidates running for those seats can be found here.

STATE ASSEMBLY
All 42 seats in the House are up for re-election this year. A list of the candidates running for the House can be found here.

NOTE: If you’re unsure which state district you’re in, type in your address at Open States to get that info.

A Final Note
For a more complete list of state races in the primary, visit Ballotpedia: Nevada Elections 2018.  You can enter your address at 411Vote to see a sample ballot. To learn about events featuring candidates running for office, connect with your local chapter of the Nevada Democrats.