Home › Explainers › Why is the Equal Rights Amendment in the News Again?

Why is the Equal Rights Amendment in the News Again? 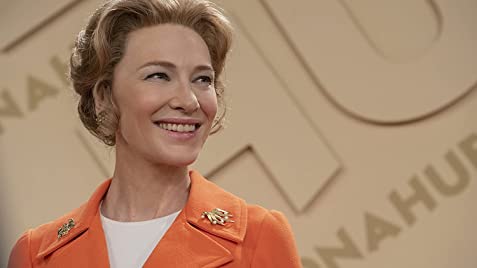 Has anyone been watching the Mrs. America series?

It’s all about conservative activist Phyllis Schlafly and the fight she led against the Equal Rights Amendment movement during the 1970s. The series is fantastic, and I highly recommend it.

But I’m not here to review a TV program. I’m here to talk about the Equal Rights Amendment (ERA) and how that fight in the 1970s is still influencing our politics today.

What is the ERA?

The Equal Rights Amendment is a proposed amendment to the U.S. Constitution designed to guarantee equal legal rights for all American citizens regardless of sex. It seeks to end the legal distinctions between men and women in matters of employment, divorce, property, etc. It reads:

“Equality of rights under the law shall not be denied or abridged by the United States or by any state on account of sex. The Congress shall have the power to enforce, by appropriate legislation, the provisions of this article.”

If added to the Constitution, it would be the 28th Amendment.

How do you amend the Constitution?

It’s important to note that all of our amendments so far have gone through the first process, i.e. through Congress.

And this is where the Equal Rights Amendment is. It passed in the House in 1971, followed by the Senate in 1972. The next step is to get 38 states to ratify the Amendment.

Did the ERA get ratified?

There was a 7 year deadline imposed on the ERA to get ratified by 38 states. By the time the deadline arrived in March 1979, only 35 states had ratified it, short of what is required. (See if your state has ratified it HERE.)

As the show Mrs. America demonstrates, what slowed the progression of the ERA was a rising backlash against the ERA from female conservative activists (led by Phyllis Schlafly) and the emerging religious right. They argued that it “would lead to gender-neutral bathrooms, same-sex marriage, and women in military combat, among other things.” (Source) Their efforts eroded Republican support for the ERA.

Since then, there is a long and complicated history in the courts (including the Supreme Court) about whether or not it is legal to have a deadline to pass an amendment, proposals to pass a resolution to create a new deadline, and so forth.

(It is important to note that 5 of the original states that ratified the ERA in the 1970s have since rescinded their ratification. However, it is a legal question as to whether or not states can rescind their decisions.)

Why is the ERA in the news right now?

In January, the Attorneys General of the three states that recently ratified the ERA filed a lawsuit to demand that the U.S. Archivist formally add the ERA to the U.S. Constitution. Essentially, they argue that the Constitution does not stipulate that amendments have a deadline by which they must be ratified, and therefore the deadline is arbitrary and should be disregarded.

Then, earlier this month, Trump’s DOJ, led by Bill Barr, filed a motion to dismiss that case.

What can we do?

The Democratic-controlled House (thank you again to all who voted in the blue wave!) passed a bill (HJ Res 79) to eliminate the deadline to ratify the ERA. But the Republican-controlled Senate has not considered the bill.

While the courts will continue to battle this constitutional issue out, what we can do is focus our efforts on flipping the Senate and protecting our majority in the House. If we can control both chambers of Congress following the November election, we can finally eliminate the deadline to ratify the ERA and bring this long-awaited for goal across the finish line.

Like Loading...
‹ It’s Tuesday! Must be an Election Day.
Will the Republicans Confuse Their Voters About Voting By Mail? ›