Home › Elections › Only 1 Month to the Iowa Caucuses

Only 1 Month to the Iowa Caucuses 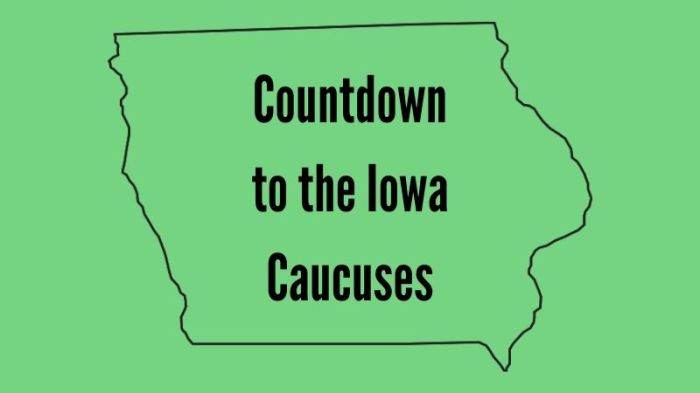 At long last, the primaries for the 2020 Presidential Election have arrived.

You heard that right. The first primary votes (well, technically caucus votes) will be cast one month from today, on February 3rd in Iowa. The caucuses will determine the delegates that Iowa will send to the Democratic convention this summer.

Now, caucuses are not elections. They are run by the political parties, not the state government. So, for those of you who live in Iowa, you’ll want to go to your state’s party website for information on how to caucus. Here’s the link for Iowa: Iowa Caucuses

You’ll want to explore that website as the Democratic party in the state has made some changes since the last caucus. You can now check in early and if you cannot attend your local caucus, they have set up satellite locations for you. Additionally, if you’d like to volunteer to help the caucus process, you can sign up as well.

If you’re interested in why Iowa gets to have the first votes of the presidential process, check out Why Is Iowa So Important?

In case you’re wondering what the make up of voters is in Iowa, their secretary of state tweeted out this graphic yesterday:

I was curious how well the Iowa caucuses do with picking the eventual president. It turns out, not very well. They do however, play a role in narrowing the eventual field of candidates.

According to the Des Moines Register:

So, are you ready for the primary season to finally be here? Let’s do this!

Note: For all other races besides the President of the United States, Iowa holds its primary election on June 2, 2020.