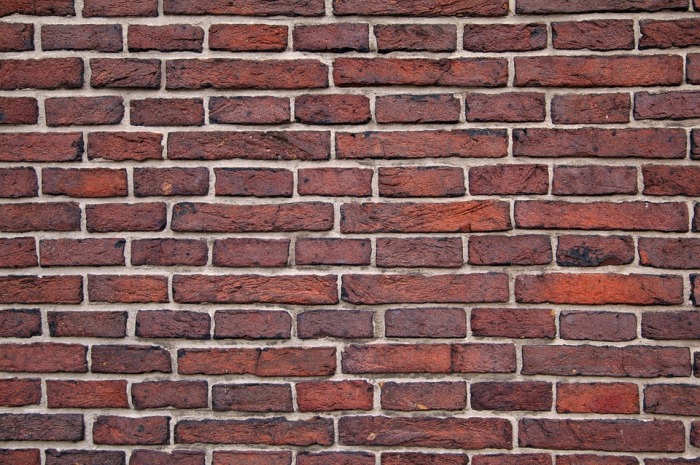 McConnell is a brick wall in the Senate.

Do you remember how Special Counsel Robert Mueller ended his one and only public press conference?

“And I will close by reiterating the central allegation of our indictments — that there were multiple, systematic efforts to interference in our election. That allegation deserves the attention of every American.”

The media (and the President) have been laser focused on the other half of the Mueller Report but have pretty much ignored the first section that lays out how Russia interfered with our 2016 election. On that point, there is widespread, bipartisan agreement. Our intelligence agencies have been saying so since before the election. Mueller confirmed it in his report. Even Congress reps on both sides of the aisle agree.

So it seems like it would be a no-brainer that Congress could pass any of the several bipartisan bills that would help protect our elections.

But Majority Leader Mitch McConnell won’t let a bill come to the floor of the Senate for a vote.

He has personally intervened to make sure that every time an elections security bill comes up in a committee, he effectively kills it. Take the most recent example. No less than Senator Lindsey Graham, yes the former buddy of John McCain turned chief Trump sycophant, has passed two election security bills in the Judiciary Committee, which he chairs. Here’s what they passed, via Vox:

“The first was the DETER Act, legislation sponsored by Sens. Graham, Dick Durbin, Chuck Grassley, and Richard Blumenthal, that would bar any individual convicted of interfering in US elections from obtaining a visa to enter the US. The second was the Defending the Integrity of Voting Systems Act, sponsored by Blumenthal, Graham, and Sheldon Whitehouse, which would make it a federal crime to hack into a local election system.”

Yet McConnell won’t bring them to the floor for a vote. I’ve been reading multiple articles on the topic to see if anyone has a clue why he’s doing this. Some say that he’s concerned that if any bill comes up for a vote, the Democrats will try to tack on amendments from their HR1 bill (that primarily tackles voting rights.) Others say that he might be protecting Trump, who hates this issue and won’t recognize Russia’s role in the election.

Another theory is that it affects his own re-election campaign back in Kentucky, i.e. that Trump-loving voters might take it out on McConnell if he acknowledges Russia’s involvement. And of course, some say the only thing McConnell wants to do in the Senate is have it be a conservative judgeship conveyor belt.

Whatever the reason, he just won’t let the bills through.

It’s a sad day when Senators speak on the Senate floor to beg the majority leader to allow them to do the job the Senate was designed for. Witness:

Under Leader McConnell, the Senate is considering partisan, controversial lifetime appointments to the federal courts and virtually nothing else. He has created a legislative graveyard. It does not have to be this way. pic.twitter.com/FXBMeFnVri

But instead of throwing our hands up in the sky and giving up because it’s McConnell, I think we owe it to ourselves and our country to keep fighting for election security. It’s just too important an issue to allow McConnell to leave our country’s back door open to whatever country wants to pour disinformation all over our citizens.

The Daily Beast recently published an article on how the Kremlin is approaching 2020, if you want to see what’s possible if we don’t do something right away: The Kremlin’s Strategy for the 2020 U.S. Election: Secure the Base, Split the Opposition

So what can be done?

Do not let up. Call both of your Senators, whether they are Democrat or Republican, and press them to push McConnell to pass these important election security bills. Trust me, most of them are on our side. You’ll have a friendly ear.

Here are the Republicans who are up for re-election in 2020 and who will be directly affected by election security (from most vulnerable to least):

Thank you for taking action on this issue. We must have a secure election. It is critical that voters believe that the system isn’t completely corrupted. It won’t be much of a democracy if that happens.

Like Loading...
‹ Take Action Tuesday: Building the 2020 Vote
Here are the Democratic Senate Seats To Protect in 2020 ›