Why You Need to Pay Attention to Your State’s Politics 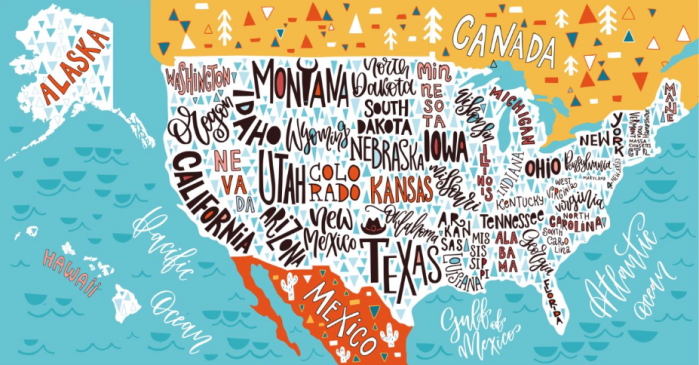 The recent rash of bills in state legislatures to ban access to abortions makes one thing very clear: If we only pay attention to national politics, we are going to lose a lot of ground.

Now, I fully understand that it isn’t always easy to get information about what is happening in your own state. Most of the media on TV and elsewhere focuses on what’s happening at the federal level–i.e. Congress and the White House. Local newspapers are getting bought up by national companies and local reporters are having a harder and harder time getting jobs.

Conventional wisdom says that Democrats have, for some time, focused a lot of their elections energy on federal politics while the Republicans have focused more on the local and state levels. Now, there was a lot of great Democratic energy leading up to the 2018 midterms, and we did start chipping away at the Republican stranglehold on the legislatures. Still, this is where the power now lies in the state governments: 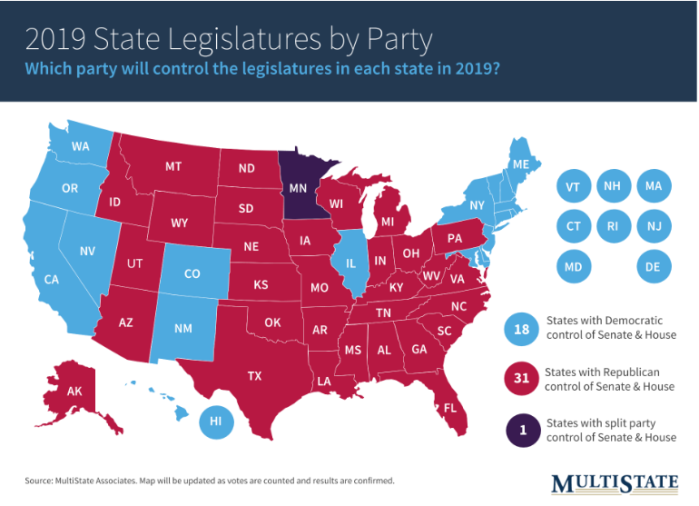 Clearly we still have a lot of work to do.

So, if you want to get more involved in state politics, where should you start?

Get Informed. There are some good state-specific resources for you at this post that will help you be better in the know as to what’s happening in your backyard: 6 Resources to Track What Your Legislators are Considering

Get Local. Get involved with a local organization that organizes activists and voters. You could look at your local arm of the Democratic party or Indivisible, or work with the local chapter of an organization that fights for values that you care about such as the ACLU or Moms Demand or Planned Parenthood, to name a few examples.

Prep for the Next Election. Keep track of the latest elections in your district, and note that many elections happen “off cycle.” All year round, you can help register people to vote. Look HERE for 15 ways to help get more people registered. If you already have a candidate who has declared for a state seat, HERE are 15 ways you can help that campaign.

Staying on top of state politics is something we can, and must, do right now. Yes, we need to organize to make sure our elected officials are ones that we know will fight for our values. But in between elections, there is a lot going on in the state legislatures that affect each of our lives in an immediate way. If you’re not already doing at least one of the things listed above, consider picking one and starting. Today.