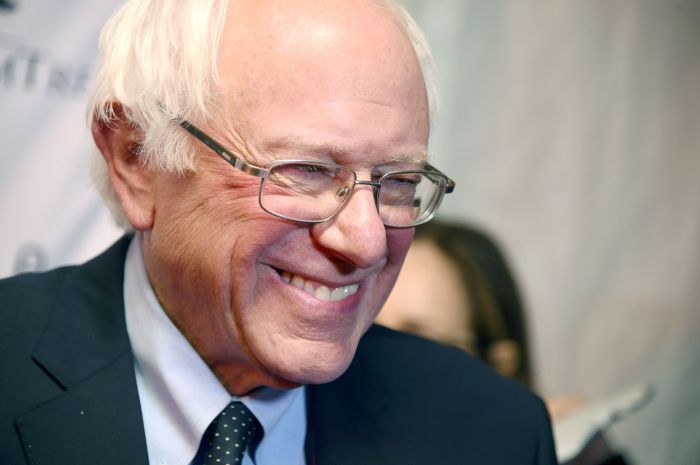 There is a big field of candidates running for the Democratic nomination for President in 2020. The candidates each bring their own unique strengths to the table in a bid to take our country in a very different direction than the one we’re on today.

But as we well know from 2016, the media (and especially social media) gets fixated on non-substantial issues that take up all the oxygen. Plus, they don’t give the candidates the same treatment or the same amount of airtime.

In order to help voters get to know the candidates, I’ve gathered quotes and information about what the candidates have said or done in regards to the 7 issues that midterm voters identified as the most important. I hope that these guides serve as a helpful starting point for you as you look into which candidates (or how many candidates!) you are interested in supporting in their bid to become our next President.

Medicare for All: “Sanders proposes a government-run health care system for all Americans. He was the lead Senate sponsor of the 2017 “Medicare For All” bill, which would launch universal health care and end employer-provided health insurance. … Sanders would fund the plan through multiple sources: a 6.2 percent charge on employers, a 2.2 percent fee on most families, increased marginal tax rates for incomes $250,000 and higher, increased taxes on capital gains, and a larger estate tax for the wealthiest.” Source

Pro-Choice: “Sanders is a supporter of abortion rights and voted against a bill to ban abortions after 20 weeks. When asked in 2016 if he would place any limits on abortions, Sanders did not give a specific answer but repeatedly said he was “very strongly pro-choice” and believed the decision was between a woman and her doctor.” Source

Mental Health: “We have a mental health crisis in this country and many mentally ill people are ending up in jail because there is no place else for them to go. And we’ve made a bad situation even worse by cutting back on programs and support systems that mentally ill people need to survive.” Source

Paris Climate Accord: While Sanders was initially critical that the Paris Climate Accord didn’t go far enough (Source), he opposed Trump pulling out of the accord: “Withdrawing from the Paris climate agreement would be a horrific mistake. This extraordinary crisis calls out for international cooperation.” Source

Carbon Tax: “Sanders would institute a carbon tax and aim to slash U.S. emissions by 40 percent by the year 2030, and 80 percent by 2050. He would end all federal subsidies for the gas, oil and coal industries.” Source

Environmental Record: Sanders has a 92% lifetime rating from the League of Conservation Voters, based on his voting record in Congress. Source

LGBTQ Rights: “On LGBTQ rights, Sanders has touted his early moves in support of the gay rights movement. In 1983, as mayor of Burlington, he approved a resolution declaring “Gay Rights Day;” in 1993, he opposed the military’s “Don’t Ask, Don’t Tell” policy; and in 2000 he supported gay civil unions in Vermont.” Source

Marriage Equality: “He was one of just 67 members in the House of Representatives to vote against the Defense of Marriage Act, a politically tough decision he prides himself on and points to as a key progressive bona fide.” Source

Disability Rights: “In the year 2015, it is unacceptable that over 80 percent of adults with disabilities are unemployed. People need work. They need jobs.” Source

Gun Reform/Gun Violence: “Gun violence is an epidemic in this country that must end. Our job: take on the NRA, expand background checks, end the gun show loophole and ban the sale and distribution of assault weapons.” Source

Assault Weapons: “A gun-control advocate, Sanders would ban assault weapons as well as high-capacity magazines or equipment that allow more than ten rounds to be fired at once.” Source

Revised Stance on Litigation: “In early 2016, Sanders changed his position on a gun law that protects some gun manufacturers and sellers from civil lawsuits. Sanders supported the measure in 2005 while he was serving in the House of Representatives. In 2016, he co-sponsored a bill to repeal that law.” Source

Arming Teachers: “Arming teachers is not the answer to our country’s gun epidemic.” Source

Felony Voting Disenfranchisement: “Says felons should be allowed to vote while in prison.” Source

Expanding Voting Rights: “We must insist that the Voting Rights Act be expanded in scope so that no American, regardless of skin color or national origin or age, is prevented from voting freely, without hindrance from local authorities. We must make Election Day a national holiday, register all eligible voters automatically and put an end to discriminatory laws and voter roll purging.” Source

Taxes: “To address growing wealth inequality, Sanders wants to expand the estate tax. A plan proposed in January would tax estates starting at $3.5 million, with a 77 percent rate on billionaire estates.” Source

Equal Pay: “We must follow the example of our brothers and sisters in Iceland and demand equal pay for equal work now, regardless of gender, ethnicity, sexuality or nationality.” Source

Paid Family Leave: “He also has made paid family and medical leave a part of his campaign and has supported the Family Act, which would increase payroll taxes in order to fund the leave.” Source

Jobs: “Sanders wants to create jobs by investing heavily in new infrastructure projects that he says will create 13 million jobs over the course of five years. His “Rebuild America Act” would put that money into roads, bridges, water treatment systems, railways and airport projects – and comes with a $1 trillion price tag.” Source

Russia: “We want to do everything we can to ease tensions with Russia. But caving in to Putin and denying the very, very significant involvement of Russia in trying to undermine American elections in 2016 – and they are continuing efforts – is absurd.” Source

North Korea: “I mean, you talk about sitting down with Kim Jong Un in North Korea. Is that a good thing? You know what? It is a good thing. But what is not a good thing is praising this vicious and cruel leader and calling him a great patriot. He is not.” Source

Syria: “Sanders would pull U.S. troops from Syria, but said he would do it in a different, less “erratic” way than Trump recently announced. He believes diplomacy with Russia and Iran can turn things around in Syria.” Source

China: “I strongly support imposing stiff penalties on countries like China, Russia, South Korea and Vietnam to prevent them from illegally dumping steel and aluminum into the U.S. and throughout the world.” Source

Saudi Arabia: “Sanders would end all U.S. support for the Saudi-led war in Yemen, and was a main co-sponsor of the bipartisan bill passed by the Senate to force the Pentagon to end its involvement there. In a tweet, Sanders wrote that Saudi Crown Prince Mohammad bin Salman has murdered activists, heads a despotic regime and should be held accountable.” Source